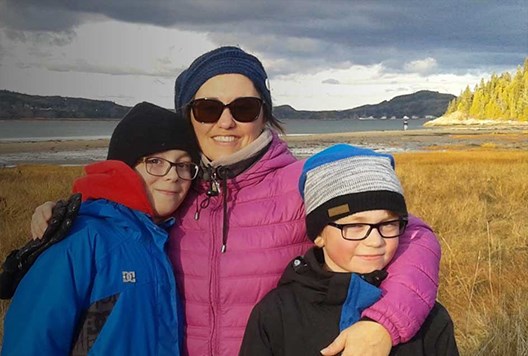 The socio-economic situation of the Charlevoix region is complex. The territory, which includes two MRCs (municipalités régionales de comté or regional county municipalities), has the highest deprivation index in its administrative region of Capitale-Nationale. Some Charlevoix municipalities are more affected by poverty than others, and there is a growing gap between the have and have-not zones. The territory is also currently dealing with a major demographic challenge. The region’s young people are faced with numerous obstacles in the areas of employment, transportation and education. These problems, combined with the difficulty of acquiring property, are leading many of them to leave the region—a phenomenon that only accentuates the region’s serious aging demographic trend.

The region’s actors in social development have recognized the importance of harmonizing their efforts in order to intervene more effectively on such complex issues as poverty and social exclusion and thus obtain a more powerful impact.

The Integrated Social Development initiative has mobilized some 50 partners in such diversified sectors as communities, municipalities, education, health, employment, the economy and the environment, acting together to improve the population’s quality of life and reduce well-being gaps.

The partners focus on five priorities:

Partners with the necessary expertise have created sustainable social projects (called “chantiers” or, literally, “construction sites”) to focus work on priority issues. Based on collectively identified orientations, these chantiers make decisions and implement actions. They are also responsible for analyzing their needs and priorities.

Many projects have grown out of this initiative

The Projet école-communauté was created to foster student retention and educational success while discouraging risk behaviours (drug abuse, violence, etc.) and helping Charlevoix students to reach their full potential. Its goal is to ensure the availability of a sufficient number of trained personnel, especially among disadvantaged youth, in their living environments, at school or in the streets during the summer.

Thanks to a study by the CADJ (Collectivités amies des jeunes) aimed at identifying the needs of young people living in the region, the mayor's councils for the MRCs of Charlevoix and Charlevoix-Est are working to set up a collective, efficient and inclusive regular transportation system.

Our role as a foundation

We are convinced that although young people's educational success is a society project, it is also a community project. It is therefore important to take into account specific territorial features and communities' first-hand knowledge of their networks, their realities, their capacities and their limits.

The Charlevoix partners are therefore the best sources of information on their territory. We share several of their concerns:

In addition to providing financial support, we at the Foundation also hope to be a part of the initiative to make Charlevoix a supportive, equitable and inclusive region.

A rural and tourism economy combined with precarious, seasonal work and higher unemployment in the winter.
See all
Previous 3 of 7 Next
Survey