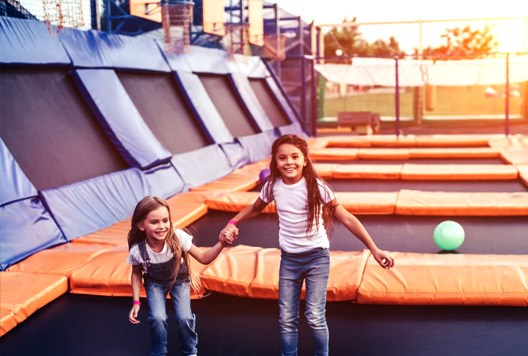 Québec en Forme (healthy and fit in Quebec) provides support and guidance for thousands of partners involved in promoting healthy living habits for children and youth across Quebec—at the local, regional and provincial levels.

Right from the beginning of its mandate, Québec en Forme worked to mobilize individuals and Quebec society as a whole to adopt and maintain a healthy diet and physically active lifestyle, two life habits that have been universally recognized to be essential to the overall development and educational success of young Quebecers.

A multitude of initiatives supported at the local, regional and provincial levels

During its years of operation, Québec en Forme created a network of 5,000 partners:

Thanks to Québec en forme’s mobilization efforts, healthy life choices are now considered to be an important aspect of many public programs and policies (such as the Quebec government’s preventive health policy, for example).

A few examples of projects supported by Québec en forme:

100° brings together a community of people who are engaged in encouraging children and youth to adopt healthy lifestyle habits. 100° is a space—actual and virtual—for the sharing and dialogue processes needed to get new ideas off the ground and projects up and running.

To find out more (in French)

Wixx is a social campaign dedicated to promoting physically active leisure and transportation choices for children between the ages of 5 and 13.

To find out more (in French)

In 2002, an initial partnership agreement between the government of Quebec and the Foundation led to the official creation of the non-profit organization Québec en forme, whose primary mission was to encourage young Quebecers to be more physically active. Then, in June 2017, a new partnership agreement was signed, under which $480 million was jointly granted to the organization for a period of 10 years (from 2007 to 2017). During that time, which was subsequently extended until 2019, Québec en forme worked to encourage young Quebecers to adopt and maintain healthy eating habits and a physically active lifestyle.