Learning to live with others starts early! 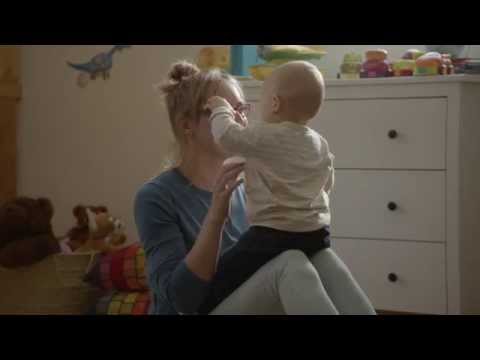 Montreal, November 3, 2014 - Today, the Lucie and André Chagnon Foundation launched the latest edition of its annual Quebec-wide communication campaign. The theme of this year's campaign, which is aimed primarily at parents of young children between the ages of 0 and 5, is the development of social skills.

"Many of the experts and partners we've consulted have confirmed that developing good social skills is one of the biggest challenges many children have to face. Although we realize this is a complex issue, we decided to focus on the importance of encouraging and supporting parents who are concerned about how well their children will fit in once they start school," explained Claude Chagnon, President of the Lucie and André Chagnon Foundation.

The term "social skills" includes all the attitudes and behaviours that allow children to enter into contact with others, get along well with peers, make friends, work in teams and assert themselves. The objective of the campaign is to make sure all parents know that these social skills can be learned, and that they in particular have an important role to play in teaching their children, starting at a very young age, through the simple things they do every day.

The 2014-2015 communication campaign is made up of two complementary elements. Television ads have been created to appeal to parents and raise awareness of the issue, and a content-rich web dossier will provide plenty of helpful tips and practical advice. Learn more

Starting in early November 2014 and running through January 2015, a total of six television spots will be aired. Two 30-second ads-one in French, one in English-will set the tone of the overall message. Four 15-second spots in French will then elaborate on the primary message, depicting the specific benefits of everyday actions in developing children's social skills. An extensive web banner campaign will direct parents to the comprehensive web dossier offering information on social skills such as confidence, self-esteem, patience, assertiveness and others. The web dossier is part of the Naître et grandir website, which is already visited by tens of thousands of Quebec parents every week.

About Naître et grandir (Help them grow)
Naître et grandir is a source of reference, information and motivation for parents of young children between the ages of 0 and 5. Naitre et grandir is a website, magazine and communication campaign:  all tools created by the Lucie and André Chagnon Foundation to inform parents and increase awareness of the importance of early childhood development in creating the conditions and environments that are conducive to educational success. http://naitreetgrandir.com/fr/ (in French ; however, the dossier on social skills is also available in English at www.helpthemgrow.com)

About the Foundation
The mission of the Lucie and André Chagnon Foundation is to prevent poverty by contributing to the educational success of children and youth in Quebec by helping them to develop their full potential. The Foundation has established partnerships with the Quebec government in order to support local and regional mobilization around issues that are critical to educational success: early childhood development, healthy lifestyle habits and student retention. The Foundation also provides support for awareness activities and tools for parents and Quebec society as a whole.